​Dr. Cathy Lauer Retiring From Nixon-Smiley CISD After more than 17 Years as Superintendent

Superintendent Dr. Cathy Lauer has announced her retirement from NSCISD on December 31st, 2021. However, Dr. Lauer has accrued considerable leave over the last 33 years in education. She says she will be “scarce” after September 13th.

Superintendent tenure averages about 4 years in Texas. Lauer is pleased to have beaten that average by 13 years. When asked how she has been able to continue as superintendent for so long, she recalled, “I learned early that being superintendent isn’t about ‘power over’ others. You can’t lead by dragging. Therefore, I intentionally surrounded myself with great people and endeavored for a climate of ‘power with’. We collaborated, agreed, disagreed, and kept moving forward.”

Dr. Lauer began her time with the District in late June of 1997 as the assistant superintendent of curriculum and instruction. At that time, she says she was only thinking about being there “for the next 3-4 years.” She assumed that moving from job-to-job was just a fact of life in her chosen career field. However, by 2004, the then-superintendent announced his retirement. Lauer decided, a bit reluctantly, to apply for the job.  “I loved being the assistant superintendent,” she notes. “And Nixon-Smiley CISD had never had a female superintendent. I knew that would be an unstated thought in the minds of many.”

And yet she was chosen from about 40 applicants. “The Board had been meeting with the search consultant, so I was at home when the vote was taken. They called me to let me know. I got to speak to each one of them. I’m sure they could tell how excited I was!”

Dr. Lauer smiles about a few accomplishments she recalls. However, she is adamant these were not achieved in isolation. “I have been blessed with amazing Boards over the years. Richard Lott, the current president, has been my ‘constant.’ He was on the Board before I even started in Nixon-Smiley. But there have been many other great people. Their support created an atmosphere where we could get things done.” She continues, “I have also worked with so many amazing staff members. I am not being falsely humble when I say, ‘It’s not that I’m great, it’s that I hire really well!’”

·       Lauer has been a champion for employee benefits. In 2005, she established the low-cost, District owner daycare – Mini-Mustangs Cottage. Over the next few years, salaries and benefits in NSCISD were increased to be very competitive.

·       In 2007, the District replaced its dirt running track with an all-weather version, the beginning of revitalizing the entire stadium area. Today, Mustang Stadium is a modern facility where the community comes together for athletic events, 4th of July Fireworks, community programs, and graduation.

·       The Nixon-Smiley CISD Education Foundation began in 2011. They have awarded more than $80,000 in teacher innovation grants since then.

·       Lauer, with Board support, has implemented many “outside of the box” financial strategies over the years ensuring District taxpayers continue to enjoy much lower tax bills than area districts. The District continues to rate “Superior” on the state financial integrity rating system (Schools First).

·       Two bonds have been passed under her leadership with strong community support.  Utilizing those funds, the district built a first-class gym, modern library, and flipped the elementary/middle School campuses in 2013.

·       In 2016, Lauer was named the Region 13 Superintendent of the Year. She says two administrators “snuck behind” her back to complete the application, but she was honored to be chosen.

·       In 2020, COVID hit NSCISD. Lauer says it was easily the most challenging time in her years in education. The District mobilized quickly and began delivering free breakfast and lunch to all the children in the community. Teachers did their best to deliver online instruction. “I believe what we accomplished with no preparation or warning, was nothing short of miraculous” Dr. Lauer concluded.

Dr. Lauer began talking with the Board about her retirement four and a half years ago. She agreed to prepare the Director of Business and Operations, Mr. Jeff Van Auken, for the role so the Board could appoint him if they chose. The final vote has not yet been taken, but she has made good on her promise – Mr. Van Auken is ready for the role if offered.

Above all else, Dr. Lauer says she is grateful for this amazing opportunity to work and live in such an amazing place.  In retirement, she plans to enjoy family and travel. She will also continue to teach online as an adjunct for National University, a position she has held since 2002. 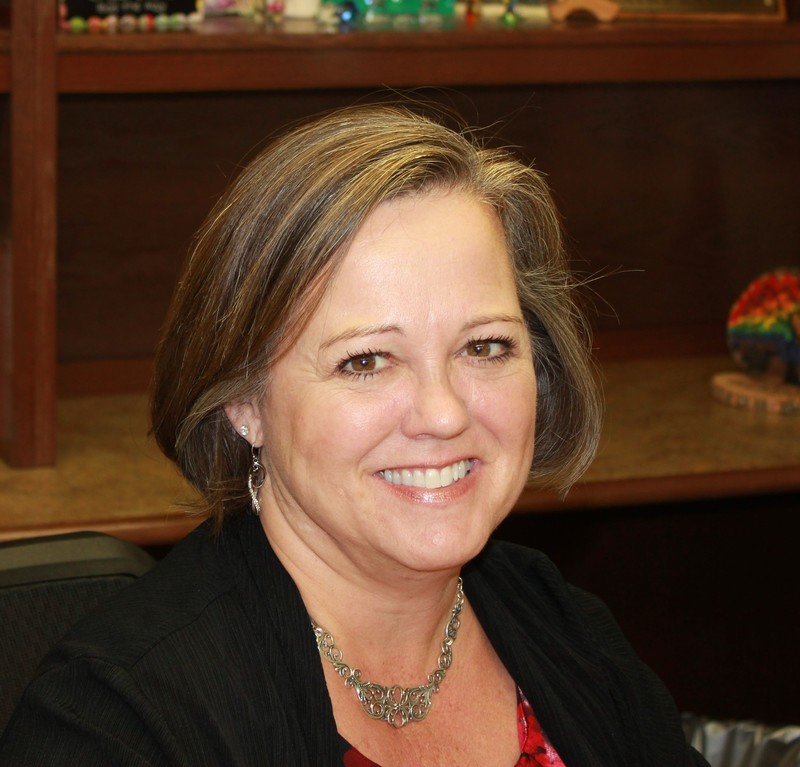